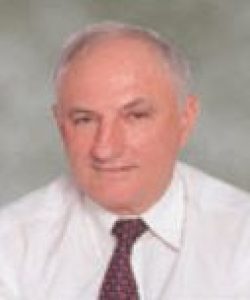 was born in Dirranbandi Hospital (Queensland)

His father, Spiros, was born in Ithaki

and migrated to Australia (along with his four siblings)

He completed his commerce degree at the University of Queensland (Emmanuel College).

Tributes have been paid throughout Australia following the unexpected passing of Australian Rugby Union board member George Pippos. The ARU’s official website reported that Mr Pippos passed away overnight at his home in Brisbane. He was 61 years old. ARU Chairman Bob Tuckey today conveyed his deepest condolences to Mr Pippos’ family and friends, and paid tribute to his contribution to the game of Rugby. “George was a committed member of the Brisbane, Queensland and Australian Rugby communities, whose service to the game has spanned more than 40 years,” Mr Tuckey said. “He was a tireless worker for both rugby and the wider community. He was a great character to have involved in the administration of the game. He is irreplaceable. “George’s rugby knowledge and experience has spanned both the amateur and professional eras, and he was looking forward to an ongoing role in the development of the game, including the ARU’s hosting of next year’s Rugby World Cup. “George was a respected colleague who will be sorely missed, and my heart goes out to his family and friends.” ARU President Peter Crittle was a life long friend of Mr Pippos, the pair having enjoyed rugby tours of Malaysia in 1968 and Ceylon in 1972. “George Pippos was the exemplification of the true rugby man,” Mr Crittle said. “For nearly 50 years he devoted himself to the sport as a player, as a fan and as an administrator. “His own colourful approach to the game was in many ways unique and throughout the world he became renowned as a true Australian ambassador for the game. “His passing is a terrible shock to all those who knew and loved him and he will be sorely missed in rugby circles not only in Australia but throughout the world.” George Pippos was a 1st grade flanker for Brisbane club Wests during the 1960’s and became a long-standing administrator for that club. He joined the Queensland Rugby Union Board of Management in 1989 and was Chairman of the QRU Board in 1998 and 1999. At the national level he was a Queensland delegate to the ARU Council from 1997 and a member of the ARU Board from 1999 until the present day. He had also spent the last four years developing a strong relationship with Rugby administrators in Greece with the view to further fostering the game in that country. He is survived by his mother Koula, sister Louisa and brother Angelo (Lucky).