They were blessed with four children:

1943: worked side by side in their business known as the Piccadilly” Café next door to the Capital Theatre.

Charles sadly passed away on the 2nd July 1985. 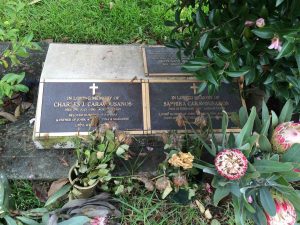