Church The Cathedral of ‘The Annunciation of Our Lady’ 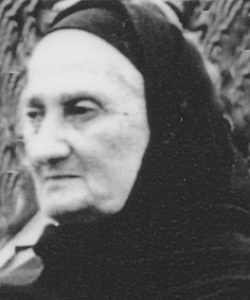 She was the fourth child

of the businessman Pericles Christides and his wife Vasiliki.

They had a child. A boy they named Alexandros.

In the year 1947, the Stavropoulos family arrived in Australia

and settled in the suburb of Bossley Park, near Sydney.

Coralia’s husband and co-worker, Ulysses, after having been ill for many months,

passed away in their house, in his doctor’s arms the morning of August 14, 1960,

the eve of the Dormition of the Theotokos.

She was the first Greek-Orthodox nun of Australia.

on the evening of May 1st, 1971 at the Cathedral of “The Annunciation of Our Lady”

on Cleveland Street, Redfern – by the Archbishop Ezekiel and many priests.

The church was overcrowded with well wishers who supported her in this precious moment of her life.

As she received the gold cross, she was given her religious name by Archbishop Ezekiel.

Mother Kalliniki closed her eyes forever. Her saintly soul, travelled to God’s Kingdom, which she longed for throughout all her life.

She was 79 years old. Her funeral was carried out, according to the regulations of the Church for a nun,

at the Cathedral of The Annunciation of the Theotokos.

along with all the priests of Sydney.

and about her multi-sided spiritual and social deeds in this community and also in Greece.

Crowds of people attended the funerary procession and her burial at the Cemetery of Botany. 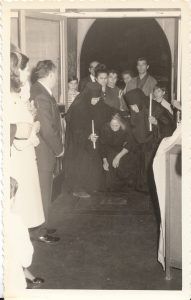