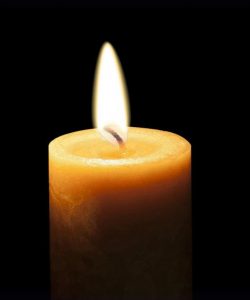 passed away on Monday, 8th February 1937

Aged 58 Years
Parents: Andrew & Maria
A native of the island of Ithaca, Jack came to Australia at the age of 18. He was in business in Kalgoorlie and later in Melbourne. He spent time in Queensland, and then went into business at Cessnock, where he spent the last 15 years.

Cessnock residents were shocked to learn that Mr. Jack Paizes, a well-known and esteemed Cessnock business man, had died suddenly about midnight.Mr. Paizes, who was the senior partner of the firm of Paizes and Pitsiladis of the New York Cafe, had been ill off and on for some years, but had been feeling well of late. Last night he had been chatting to friends during business hours and seemed alright. Shortly after 11 o’clock he suddenly took ill and collapsed, having had a paralytic seizure. Mr Paizes was hurried to the local hospital. His partner accompanied him to the hospital, and shortly after he had left received word that Mr. Paizes’ condition had become critical. He died soon afterwards.

Mr. Paizes was a fine type of man and many was the good deed he did unknown to the public. He had travelled much, was broad-minded and a gentleman at all times. He was 58 years of age. He Came to Australia in 1907.

Strange it is that Mr. Peter Ollsen also was on the same ship. They were both in Western Australia, then as the years passed on they found themselves in business on opposite sides of the main street of Cessnock. Twenty years ago Jack Paizes was a man of splendid personality and was liked; wherever he went. Athough in the years since his health was undermined Jack Paizes retained his charm of personality.

Archimandrite Mitrofanis Nikolaidis of the Greek Orthodox Cathedral Sydney conducted services at the church and a the graveside. The chief mourners were Nicholas Paizes (a brother) and Michael E. Pitsiladis (partner in business). The Greek Brotherhood of Newcastle was represented by Mr. G. Kostakes (president), M. Karanges (Secretary), N. Sxott and S. Lavente (committee men), G. Grivas, P. Scott, J. Govanni, S. Leventis, S. Bernas (Newcastle), Messrs. A. Paxinos and A. Rolfe (Sydney) also attended. A tribute was paid by Archmandrite Nikolaidis to the late Mr. Paizes as a man and as a citizen.

Mr Paizes was a native of the island of Ithaca and came to Australia at the age of 18.

For many years he was in business in Kalgoorlie and later in Melbourne. He spent some time in Queensland, and then entered into business at Cessnock where he spent the last 15 years. He was 58 years of age.