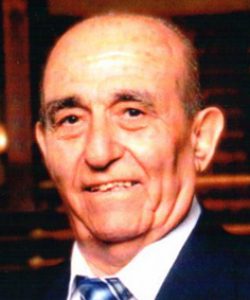 In loving memory of

“Your presence we miss, your memory we treasure

Loving you always, forgetting you never”.

He was the second of eight children born to Theodosi and Fotini.

George married Athanasia from Adelaide, in 1956 and they were blessed with three children Fiona, Helen; with son in law Gavin, Bill; with daughter in law Christine, along with grandchildren, George and Jana.

George served as President of both the Cyprus community and Cyprus Hellene Clubs and was recognized for his ongoing humanitarian work, earning him the Order of Australia Medal (OAM) in 2013.

George was also awarded a medal by the President of Cyprus, Nicos Anastasiades in 2017 for his outstanding contribution to the community in Australia.

George sadly passed away on the 24th September 2019

He will be forever cherished in our hearts.

May his memory be eternal.