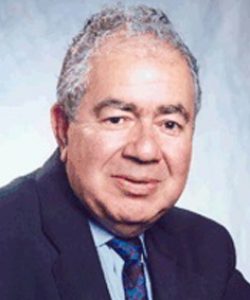 James (Takis) Kaldis migrated to Australia in 1949 and lived in Ipswich before moving to Sydney. Naturalised in 1954, he became a journalist and newspaper editor, was a founding member and licensee of radio station 2EA (later SBS Radio), and directed its Greek programs. He was also a founding member of the Ethnic Communities Council and was involved in various migrant organisations. From 1978 until his retirement in 1999.

Jim Kaldis sadly passed away in Sydney on 3 March 2007.