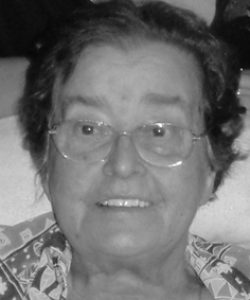 Maria Manitsas was born in 1934

in the village of Mega Kesserli in the region of Thessalia

a man from her village whom she had known since she was 15.

Maria and Hristos were blessed with three children: Arthur, Paul and Ellena.

The family migrated to Australia

per ship ‘PATRIS’ [departed May 1970 under Assisted Passage Scheme].

The family spent the first two years in Tasmania

(where Maria’s brothers had settled),

before moving to Sydney where Maria initially worked in the clothing industry as a machinist.

Maria sadly passed away on the 13th September 2011,

“She will be forever cherished in our Hearts”