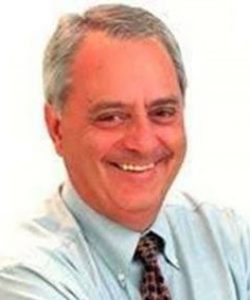 The Frilingos family has asked that donations be given to the Heart Foundation in memory of Peter and in lieu of flowers.

Donations received will help save the lives of other Australians by supporting the Heart Foundation’s research and health education programs to reduce death and disability caused by heart disease.

Peter’s father, Arthur (Athanasios) Frilingos, came to Australia in 1928, from the village of Frilinganika. His father and elder brother were already in Australia. Peter’s grandfather died in 1935. [In 1996, his uncle John was still alive, aged 86, and living in Frilinganika. He stayed in Australia for 12 years, and then in the 1930’s returned to Kythera to stay. Two sisters, have since died. One called Anna, died in 1982.
It was not until 1974, after all those years in Australia, that Peter’s father, Arthur, returned to Kythera for the first time].

Sydney farewells its legend of league

PETER Frilingos was laid to rest yesterday after a fitting funeral service where the word “laughter” was used repeatedly in tribute to the peerless journalist and family man. One week after Chippy collapsed at his desk in The Daily Telegraph sports department, some 1500 mourners filled St Andrew’s Cathedral to overflowing to honour the man who covered rugby league for 40 of his 59 years. The range of mourners told the story of a life that touched so many people. There were media chiefs and newspaper editors, coaches and players past and present, veteran journos and cadets – and hundreds of members of the public, watching the service on screens outside, who had never met Chippy but knew and loved him through his unparalleled coverage of the code. Their sense of loss was equalled by their sympathy for the Frilingos family – wife Maureen, son Matt and daughters Alison and Anna – at the premature departure of this wonderful family man. Alison Frilingos prefaced her reading from Corinthians with the observation that “Dad was not a religious man but it looks like he might be in danger of becoming a saint”.

Matthew spoke of his father’s modesty and wondered what he would have made of the outpouring at his death. He described his father as being “as dedicated and loving as anyone can hope to be”. “Dad had a wonderful way of talking to you that made you feel like the most important person in the world,” he said. News Limited chief executive officer John Hartigan described an unpretentious and inspirational man whose devotion to his craft made him “a sentinel in The Daily Telegraph office”.

“After 40 years of reporting he still sat there like everyone else, no office, just a work station like everyone else,” Mr Hartigan said. “It was from this epicentre that so many young reporters learned that it is possible to be a great reporter and a decent human being at the same time.” National Rugby League chief executive David Gallop – who was being interviewed by Frilingos over the telephone last Monday at the time of his collapse – described a man “who brought the game alive for the fans”.

“It’s impossible to think of Chippy without thinking of laughter and of raised voices – he was always quick to both,” Gallop said. “I can assure you that when Chippy rang me he was in good spirits. He died pursuing a career that he loved.” Radio 2GB broadcaster and Continuous Call team member Ray Hadley remembered a great friend he had sat next to every weekend for the past 18 years. His tribute – filled with vintage Chippyisms such as his trademark insult, “gibberer” – had a powerful and uplifting force. But again, it was the family man who shone through. Hadley said that, in asking his friend for advice on bringing up his own kids, Frilingos said: “Be really firm – but keep telling them you love them.”

The funeral service for 2GB commentator and The Daily Telegraph’s chief rugby league writer, Peter Frilingos, will be held on Monday.

He died suddenly at 59 of a heart attack at work in Sydney, and is survived by his wife, Maureen, and three children.

The family has announced the private funeral service will be held at St Andrews Cathedral, Sydney Square, at 10.30 on Monday 10 May.

News Limited CEO, John Hartigan, says Frilingos was a legend, who – only this week – had celebrated 40 years as a league writer.

“He was one of the greatest sports’ writers this country has produced, a master writer of rugby league … legend is a word often overused, but that is what he was.

“Rugby league was his passion, but his great love was his wife and family. Our thoughts are with them.”

“In the last couple of days, we had celebrated with Peter an unbelievable career as this city’s leading rugby league writer, a job he performed with unsurpassed passion and professionalism. He said to me last week that ‘The day I don’t want to watch a football game is the day I stop’ – but that day had not arrived yet.”

Mr Frilingos – known affectionately as Chippy because of his Greek background – started on The Daily Mirror as a copyboy in February 1962, writing his first league story two years later.

He became chief league writer at the Mirror and continued when it became the Telegraph.

A News Ltd statement says Frilingos had been to Fox Sports to record an episode of the ‘Back Page’ program, which included a special tribute to his 40 years as a league writer.

Telegraph columnist, Mike Gibson, says: “He left the studio to go into the city. He was wearing a pressman’s hat with a tag that said 40 years in journalism.

“League meant everything to him and, even when the headlines were at their most bleak, he never lost his enthusiasm for the sport.”

NRL chief, David Gallop, says league will not be the same without Chippy: “He was one of the most dedicated men to his profession that you could imagine.

“He inspired us to look for answers to the game’s issues. Everyone will remember not only his strong views but that he would respect your right to disagree and be fair in presenting an alternative view.

“He was part of the game for four decades and his death represents an enormous loss. I offer his family the deepest sympathy from everyone in rugby league.”