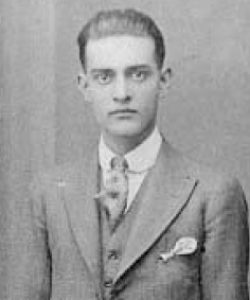 was born in Castellorizo in 1904

He married Irene Gravas on the 3rd November 1941

WEDDING | HATSATOURIS— GRAVAS: Picturesque ceremonies which have been part of the Greek marriage celebrations for thousands of years were observed at the wedding at the Greek Cathedral of St. Sophia. Dowling Street, Sydney, on Sunday evening, 3rd November, of Miss Irene Gravas, elder daughter of Mr. and Mrs. G. Gravas, of Sydney, and Mr. Peter Hatsatouris, elder son of Mr. and ‘Mrs. E. Hatsatouris, of Port Macquarie. His Grace, Timotheos Evangelindi, Archbishop of the Greek Orthodox Church of Australia, officiated, assisted by the Rev. Archimadrite Metrophanes. The Consul General for Greece, Dr. Emil Vrizakis and Madame Vrizakis, friends of the bridegroom, were present at the ceremony. The bride, who was given away by her father, wore a cross of diamonds set in platinum, her billowing veil of cut tulle being held in place by a topnot of camelias. She carried a. shower bouquet of hyacinths, camelias and lily of the valley. The four bridesmaids, Miss Lily Gravas, Miss Nita Phillips, Miss Irene Phillips, and Miss Katina Antipaa, wore frocks of off-white taffeta with short sleeves and flowing skirts, and carried Victorian posies. Mrs. H. Lucas, sister of the groom, was matron of honour, and Mjr. Geo. Hatsatouris was best man. After the ceremony a reception was held at Sargent’s Ball Room, Market Street, attended by the Consul General for Greece and the leading Greek community of Sydney. [The Port Macquarie News and Hastings River Advocate, Sat 11 Jan 1941, page 6] 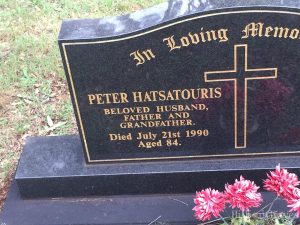