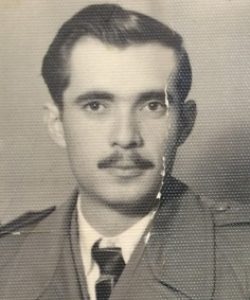 was born in Katastari, Zakynthos

He came to Australia by plane (KLM) with his wife and baby daughter.

and Singapore where they stayed for a day and a half.

Half way through the journey one of the plane’s engines broke down.

The plane landed safely in Perth and the next day the family arrived in Sydney.

A diary with his first experiences in Australia

was published in KOSMOS NEWSPAPER on 8th January 2016. [refer to tab Αφιέρωμα for full story].

Sotirios sadly passed away on the 15th September 2009,